What Is an Iriomote cat? 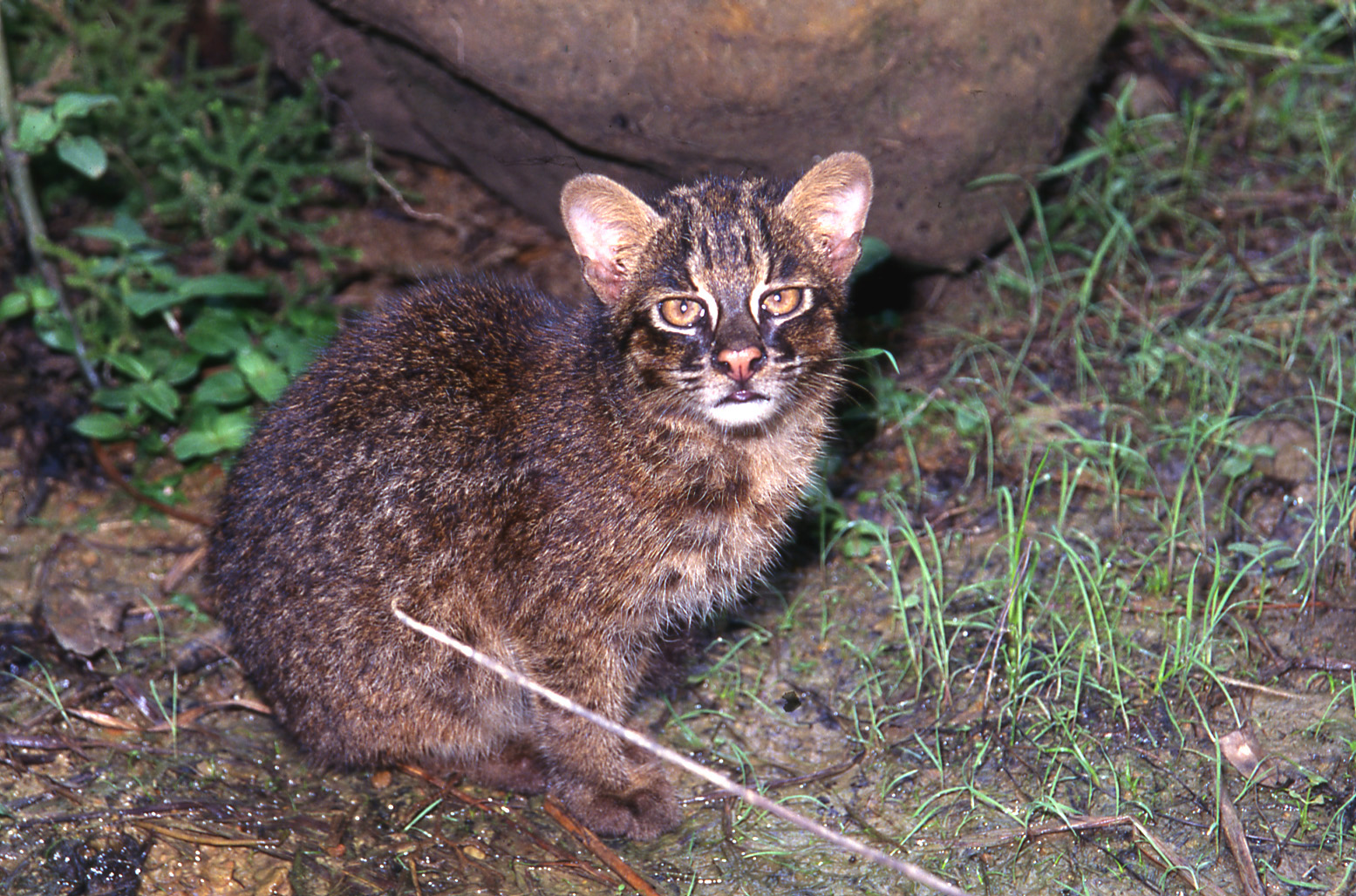 1977: Designated as Special Natural Monument by the Japanese government

1994: Designated as endangered species of wild flora and fauna of Japan

Distinctive features of the Iriomote cat:
Round ears
White spots behind the ears
White fur around the eyes
Large, flat nose
Fat tail 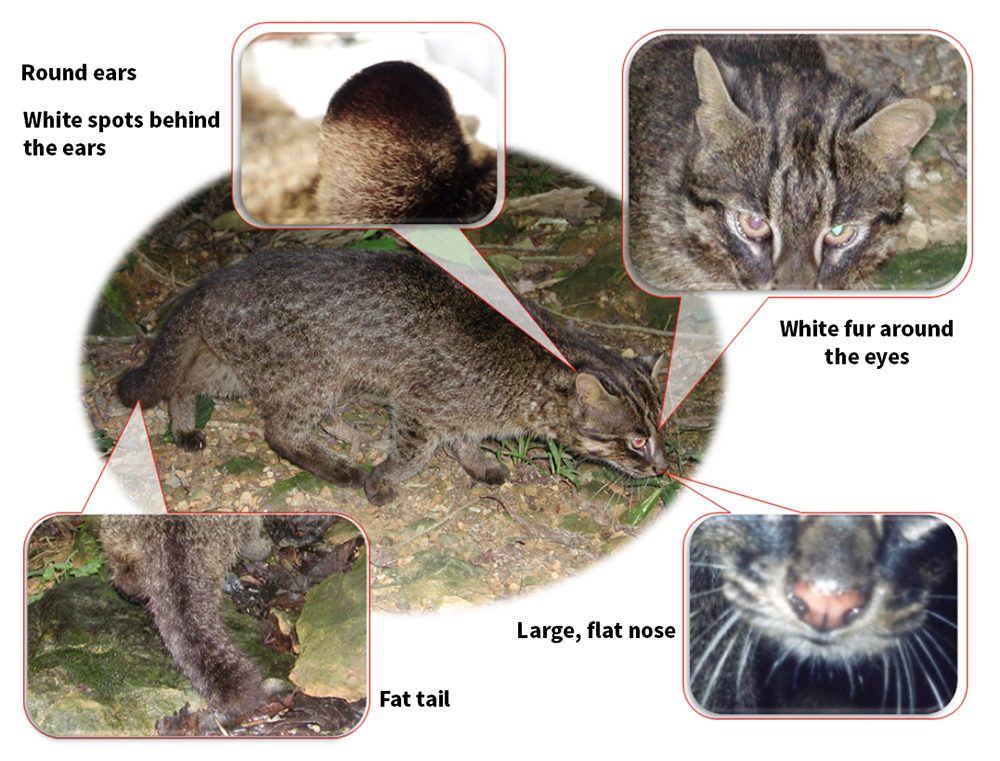 Iriomote cats live all over the island but their main habitat is the lowlands between the coast and mountainous areas.

In the lowland areas of the island, a wide variety of vegetation environments, such as groves of Quercus and Castanopsis trees, powder-puff trees in swamp forests, mangrove forests and coastal forests, can be seen in close proximity to one another in a limited space. The lowlands are also home to a water-rich environment with intricate river and stream systems. Iriomote cats like this sort of water-rich environment with diverse vegetation because it provides them with many different kinds of animals to feed on.

There are very few cases of a small island such as Iriomote being home to a carnivorous animal. Most wildcat species need a much larger habitat to survive using their hunting skills. What is the secret behind this miracle? 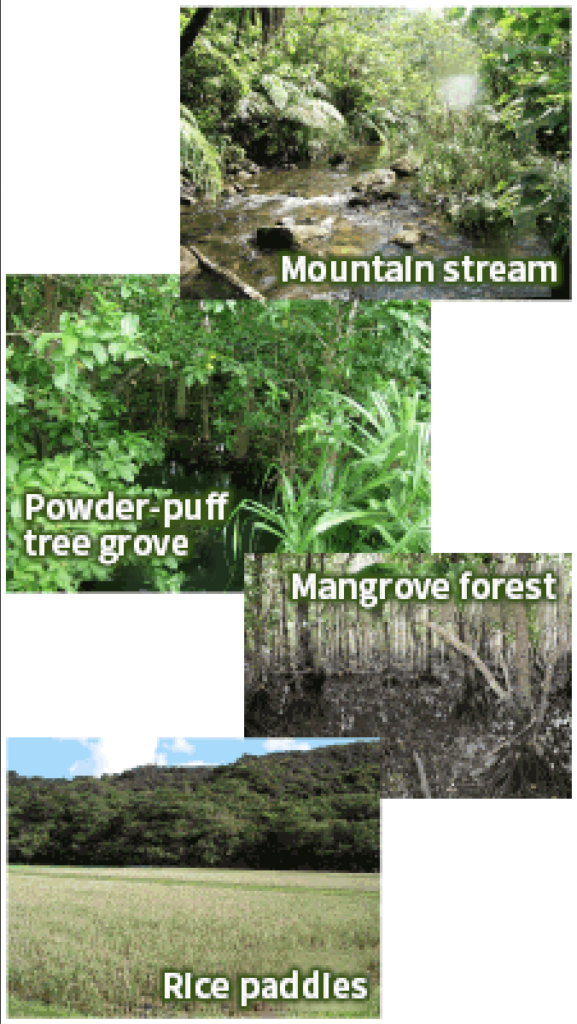 The Miracle of Wildcats Surviving on a Small Island: The Secret Is Their Gourmet Diet!

The secret to the survival of the Iriomote cat is the biodiversity of the island on which they live and their evolutionary adaptation to this habitat.

Most of the world’s small wildcat species eat small mammals such as mice and rabbits. However, on a small island like Iriomote, prey populations are limited as there are not many small mammals. Consequently, Iriomote cats feed on a wide variety of creatures including lizards, snakes, frogs, insects such as crickets, fruit bats, birds and freshwater prawns. Feeding on such a diverse range of prey is a unique characteristic and is only seen in Iriomote cats. 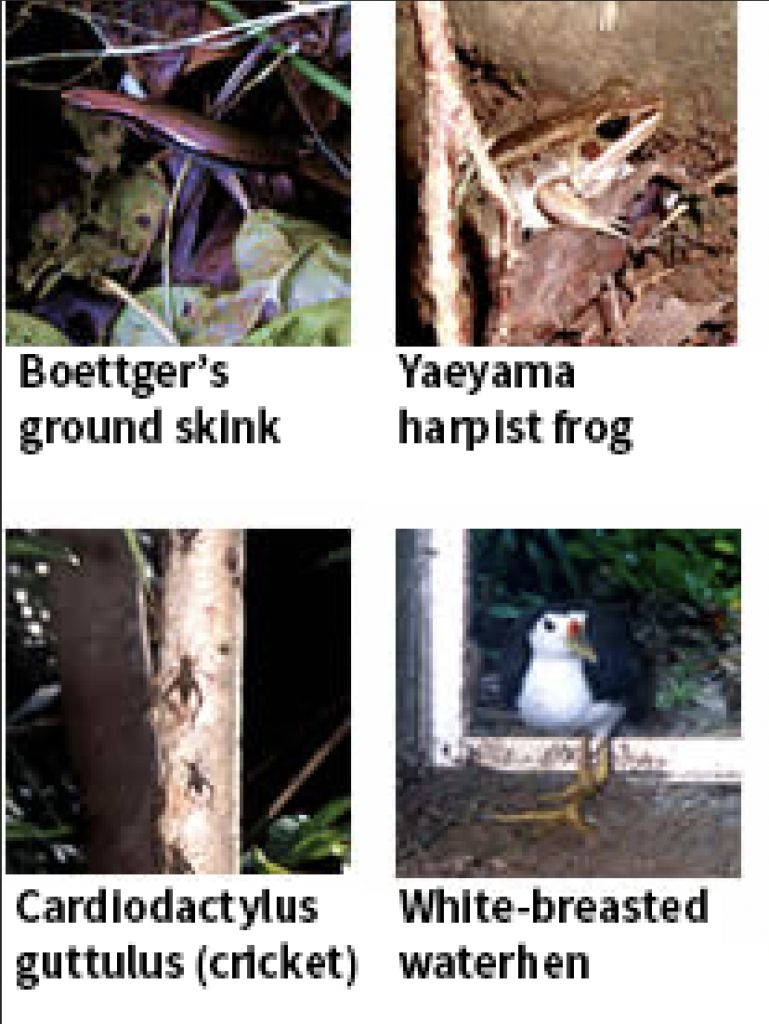 Iriomote cats are mainly nocturnal and especially active at dawn and sunset (this makes them crepuscular in habit). They are sometimes active during the day.

Most felines are solitary and Iriomote cats are no exception. Some Iriomote cats are settled and have a home range (similar to a territory) in a certain area, while others have yet to settle and wander around. The home range is about 1 to 3 km2 for settled females and 2 to 7 km2 for settled males. The home ranges of males and females overlap, and one to two females live within a male’s home range. Typically, the home ranges of cats of the same gender will not overlap. Young males are transient, waiting for a range that they can occupy to open up.

Mating season peaks around February to April. Male and female wildcats stay together only during mating. Between April and June pregnant female cats give birth to 1–2 kittens and the female raises the young during the summer. By autumn and winter, the young cats start to become independent, especially the male cats, and will begin wandering off on their own.

If you see an
injured or dead
Iriomote cat, call

please report to us if you encounter an iriomote cat 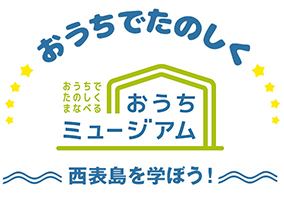